Skip to content
The answer is yes. Let’s review what The Four Horsemen are: Criticism, Defensiveness, Contempt and Stonewalling. They are the four biggest predictors of divorce. This is based from The Gottmans research. They have done over four decades of research in working with couples. They have found that there is overlap into the workplace. They have also found that when couples stop using The Four Horsemen in their relationship and change how they communicate with one another, they will change how they communicate with people outside the relationship. Not only will they see their relationship change, they will see other relationships in their life change. Here are the antidotes to The Four Horsemen:
The Four Horsemen all go together. You can’ have one without the other. When you put the antidotes into affect in your life, you will start to see your life change. Not only in your relationship but at work, as well. For more help, please call me at (650) 892-0357 for a consultation.
Posted in Reducing Stress
← Pancakes and Relationships5 Facts About Happy Couples → 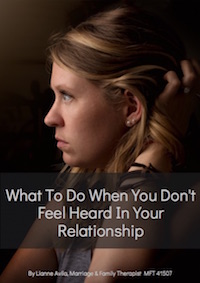